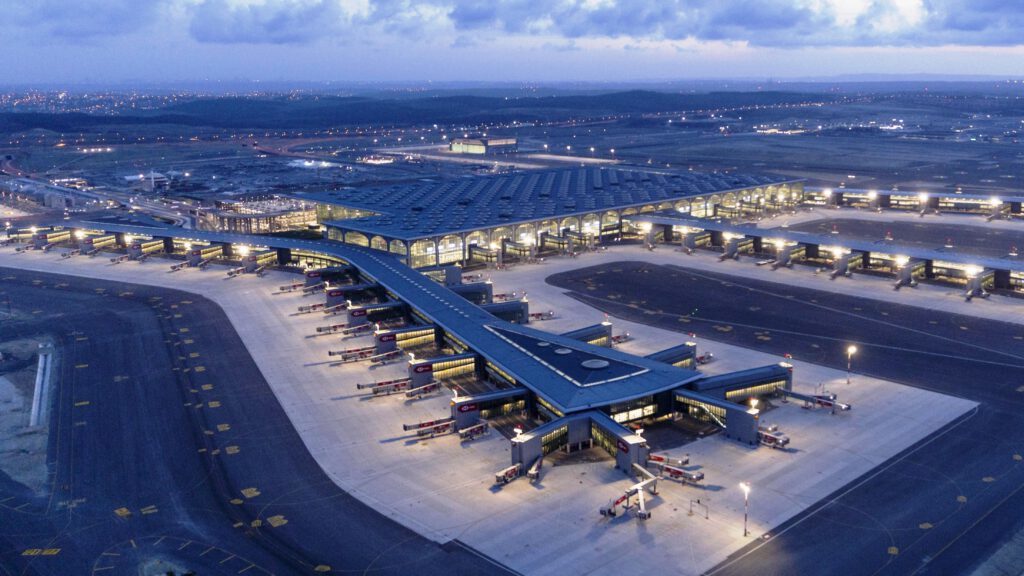 The third airport of Istanbul is located on the European side of the city. Close to the Black Sea coast in Istanbul city. The airport is the second largest airport in the world. And the largest airport in Europe. The current capacity of New Airport (IST) is 70 million per year, but its target is 200 million passengers per year.

Istanbul Airport is 40 km from Taksim or Sultanahmet. It takes 50 minutes to reach the city. 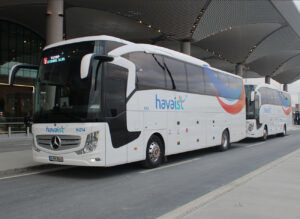 There are public transportation by Havaist bus company from many central parts of Istanbul. On the European side, bus departure stops are central places such as Besiktas, Taksim, Levent, Aksaray, Sultanahmet, Yenikapı, Bakırköy. On the Anatolian side, there are places like Usküdar, Kadiköy, Içerenköy. There is also transportation between Istanbul New Airport and Sabiha Gökcen Airport. Before get on the bus, you should definitely buy Istanbulkart. Because this is the only way to pay. Price per person is 25 TL (4 euro). There is also transportation from Istanbul airport to the same places.

The metro, which is still under construction. Transportation to the city will start by the metro soon. The subway will have two different lines. There will be a transportation to Gayrettepe and to Halkalı.

You can request a private car to go to and from Istanbul New Airport. It is more convenient to arrange airport transfers, especially if you are as a family and have a lot of bags. Transfer companies usually have a small minivan (Mercedes Vito) or Minibus (Mercedes Sprinter). Prices start at 40 Euros and depending on how many people will be transferred.

Rent a car is also available at Istanbul Airport. You can have rent a car from major companies as Avis, Enterprise, Hertz, Europcar, Sixt, Budget  and many local rent a car companies.

There are also many nice cafes and restaurants at Istanbul New Airport that offer tastes from Turkish and international cuisine.
There is a Duty Free with world-famous brands and stores. Duty Free, which has a large area, provides a pleasant shopping opportunity before and after the flight.

Istanbul Airport has a YOTEL is one of the largest airport hotels in the world and the largest in Europe, with a total of 451 cabins (rooms), 277 on the land side and 174 on the air side. While Yotel can accommodate everyone on the land side, people who will pass through the passport control on the Yotelair airport, who travel internationally can be accommodated. The rooms of the hotel are offered for sale from 70 euro and 150 euro for 4 hours depending on the room.