All About Istanbul; Istanbul is the only city in the world that connects the two continents. It has been the capital of the world’s largest empires. Different people, different states have left a mark in this city. In this big city, there are many places to visit and museums.
The historical treasures left by the Ottoman Empire and by the Byzantine Empire are worth seeing, so there are many historical treasures that have survived until today. Visitors from all over the world come to see these historical artifacts.

Istanbul is one of the most beautiful cities to see. Because, this city is deserves with natural beauty and historical heritage.Among the most important places, we can count popular places such as Bosphorus, Topkapi Palace, Hagia Sophia, Basilica Cistern, Blue Mosque, Grand Bazaar, Spice Bazaar, Dolmabahce Palace, Maiden’s Tower, Galata Tower. We have prepared a list for you for all about Istanbul visiting places.

The best places to visit in Istanbul;

Bosphorus; The most beautiful place in Istanbul. You will be amazing by its enchanting natural beauty. Attending a boat trip between Asia and Europe is a must-do activity.

Topkapi Palace; A magnificent palace where the Ottoman sultans lived. It will take you back in history. Be sure to see it.

Hagia Sophia (Saint Sophia); Hagia Sophia is a great historical work that has remained from Byzantine until 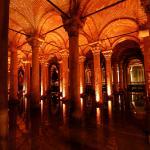 today. It has the largest dome in its period. It served as a church, a cathedral and a mosque. Today it continues to serve as a museum.

Basilica Cistern; It is a water tank to meet water Istanbul needs. It will be fun to walk around the pillars.

Blue Mosque (Sultanahmet Mosque); This mosque is built for the Ottoman Sultan Ahmet II. The Blue mosque has with six minarets. They called blue because they made of blue tiles inside the mosque.

Grand Bazaar; This bazaar is the oldest and largest covered market all around the world. There are thousands of small shops that do all kinds of trade inside. It has set an example for making today’s shopping malls.

Spice Bazaar; They called spice market, as it is often selling as a spices. This is the second largest covered market in Istanbul.

Dolmabahce Palace; This palace is a large modern palace built on the Bosporus coast in the late Ottoman period. Dolmabahce palace is bigger than Topkapi Palace.

Maiden’s Tower; This tower is built on the Byzantine period. Ships passing through the Bosphorus are lighthouses 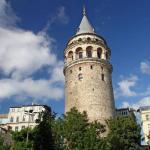 that prevent them from hitting the rocks.

Galata Tower; One of the tallest and oldest towers in Istanbul. This tower is built in the 14th century by the Genoese colony as part of the defensive wall surrounding its areas in Galata.

Rumeli Fortress; This fortress is built by Ottoman Sultan II. Mehmet. It is on the European side. In order to prepare for the conquest of Istanbul. Its purpose is to control the ships passing through the Bosphorus.

Beylerbeyi Palace; This place is summer house for the Ottoman sultans and their families. It is on the coast of the Bosphorus on the Asian continent.

Holly Chora Church; Chora church is one of the important church in the Byzantine period. There are many beautiful mosaics visuals inside. Jesus and Mary are the main figures.

Hippodrome; This is in the Sultanahmet Square. Also they say here Hippodrome square, because Byzantine Hippodrome was here. In the square there is Obelisk, Serpentine Column, German fountain, Ibrahim pasha palace and Turkish Islamic Arts Museum.

Süleymaniye Mosque; It was built on behalf of Magnificent Sultan Suleyman, and by the world famous architect 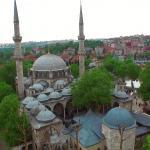 Sinan. There is a large complex next to the mosque.

Eyüp Sultan Mosque; This Mosque and the Tomb where the water flowing from its fountain is sacred and the courtyard is decorated with centuries-old plane trees. It is one of the greatest historical heritages that the Ottoman left to Istanbul.

Istanbul Archeology Museum; This museum is one of the largest museums all around the world because with more than a million heritage of various cultures. Archeological Museum, the oldest museum building in Turkey.

Camlıca Hill; It is the highest hill of Istanbul on the Asian side. From here, you can watch the entire Bosphorus and Istanbul. It has a beautiful view.

Pierre Loti Hill; It is the highest hill on the Golden Horn side. From here you can watch all the estuary shores.

Aya Irini Church; It is in the garden of Topkapi Palace in Istanbul. It is at the back side of Hagia Sophia. Aya Irini church is the largest Byzantine church at Istanbul, which has not been converted into a mosque.

Princes’ Islands; This islands are 1 hour away from Istanbul by ferry boat, in the sea of ​​Marmara. It is very  crowded on weekends and summer season. Very quietest place in Istanbul without engine noise.

All About Istanbul. If you come to Istanbul, you can see all of them. One must not forget the unique Turkish cuisine. Traditional Turkish dishes and many flavors of the world cuisine await you together. There are many reasons to come to Istanbul. We will be happy to see you in Istanbul.

The post All About Istanbul appeared first on Turkey Travel Info.